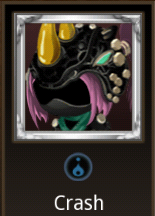 The Crash clan is one of three clans that were available to join during the Crackdown 1 event. This clan resembles a rhino. 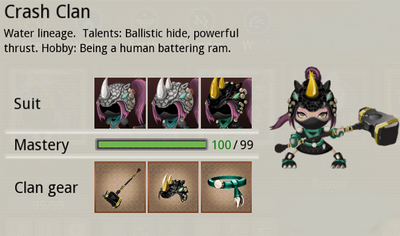 The Crash clan, like all clans, has 3 different suits to be worn. The first suit, as with all clans, is the only suit available when one first joins the clan, with the other 2 being unlocked as the player gains "Mastery" within the clan. Mastery is earned by wearing the clan's suit while on missions. 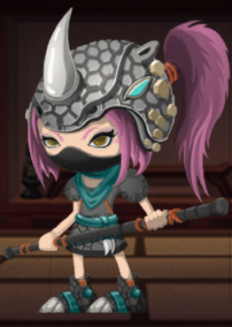 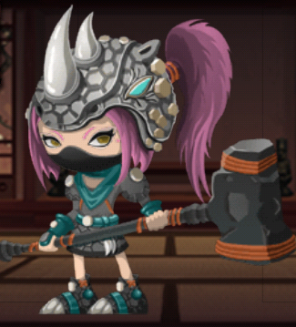 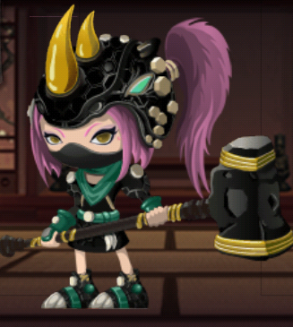 As with all event clans, there are 3 pieces of clan gear attainable during the event. The weapon and armor items were available from the prize gallery, with the tool piece available as a possible reward from beating a pawn.

As with all event clans, there are 3 pieces of clan gear attainable during the event.

Retrieved from "https://ninjaroyale.fandom.com/wiki/Crash_(Clan)?oldid=16007"
Community content is available under CC-BY-SA unless otherwise noted.